The Interfaith Centre is often called upon to lead interfaith services. Some are annual events in which people of many faiths gather to recall and witness to events in the past. Some are annual observances which call us to a commitment to a better way of life.  Some interfaith services are more impromptu, rising from reactions to specific current events such as blatant examples of religious discrimination or intolerance. 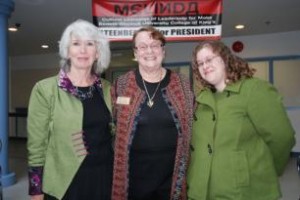 The UN IDERD is celebrated on March 211 every year. It is the commemoration of the terrible massacre of unarmed civilians by police which took place in South Africa in 1960. Our first interfaith prayer service for this day in the early 1990’s sowed the seeds that became the Edmonton Interfaith Centre. Since then we have observed this day every year at City Hall.

The hour-long program usually features a key-note speaker, music, and prayers from many traditions and faiths, and refreshments are served.

This annual program takes place at noon outside City Hall at the flagpole. As we do every year, in partnership with local peace groups, we call on combatants around the world to put down their weapons and try to find peaceful solutions to world conflict. Partners in this event have included the Raging Grannies, Women in Black, Project Plowshares, and the John Humphrey Centre for Peace and Human Rights. Each year we raise the Peace Flag and observe a minute of silence. Speakers and songs of peace round out the program.

This annual interfaith service began as an initiative against genocide by Rev. Audrey Brooks, Unitarian Chaplain at the U of A. It serves as a witness to violence committed against human beings because of war, greed, ethnic cleansing, slavery, gender bias, colonialism, and intolerance. Individuals from different faiths and cultures are invited to place a large stone, inscribed with the name of a person,

place or event that reflects these deaths. Speakers, prayers, and song are part of the ceremony.